Our one-of-a-kind EB Connect community is made up of individuals and families from around the world who are navigating life with EB. The EB Connect spotlight series highlights their unique stories.

Today’s spotlight shines on Jane Scherlag, a 62-year-old woman from New York who lives with EB Simplex with Muscular Dystrophy (EBS-MD), an extremely rare diagnosis. Read on as Jane takes us through her experiences growing up with EB in the 1960s/70s and her challenging diagnosis journey. 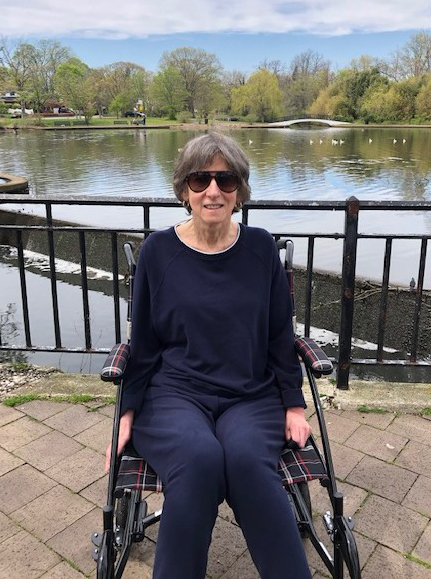 1. When were you first diagnosed with EB Simplex? Please tell us about you/your family's journey learning about the diagnosis.

When I was a very young child, my pediatrician told my parents that I had a rare skin blistering disease. I don’t believe that they were told that it was EB Simplex until years later, probably when I was a pre-teen. I was born in 1958. I’m 62 now; it was a very different world from today’s world.

2. Tell us about growing up with EB during that time.

It was really difficult growing up with EB in the 1960’s and 1970’s. My skin condition was misunderstood by most of my classmates. Physical Education classes at that time were torture. They caused me a lot of unnecessary trauma, both physical and emotional. There was no appropriate accommodation made for my disability. 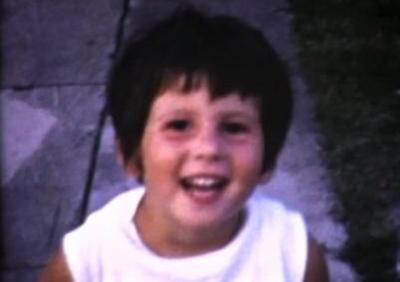 3. How did you care for and manage your EB growing up?

My pediatrician back then was a very practical man and so, I believe, he told my parents about Burow’s solution in order to help treat my EB. I still use it to this day, believe it or not! I find that when I open a blister and I want it to close, that Domeboro compresses help to create a scab.

My father at that time was working at a VA hospital. I think he was the one who first introduced paper tape to me. Because we are talking about decades ago, so you have to understand that this was “high-tech” back then!

4. In what ways has the EB world changed since you were a young child?

Social media gets a bad rap for a lot of reasons, but I think that DEBRA and social media together have improved things for me dramatically because there’s more awareness and there’s more of a sense of community. There was none of that when I was younger.

5. When were you diagnosed with EBS-MD? Please share with us your journey to that second diagnosis.

I was officially 100% diagnosed with EBS-MD in July of 2003 at Jefferson Medical Center by our beloved Dr. Uitto. But this is after a horrific journey to a diagnosis.

If you allow me to start at the very beginning... I first began to notice symptoms like loss of pincer grip, muscle weakness in my legs… I noticed a multitude of little things. In November of 2002, I was misdiagnosed by a mildly famous television doctor in Manhattan who will remain nameless. He misdiagnosed me with psoriatic arthritis, which I do not have. He had never heard of Epidermolysis Bullosa. Based on his physical exam, and the fact that my father had psoriasis, he said that you have psoriatic arthritis. But I was already beginning to listen to my instincts and even though he prescribed medication for that, I went back to my GP and said, “Does this sound right to you? Because it doesn’t sound right to me.” He sent me to a neurologist.

The neurologist I saw in January of 2003 said: “I don’t see Parkinson’s, I don’t see any specific neurological illness that I can diagnose. You might have lupus, but I don’t think so.” And from there, I was told that I needed to get an EMG. In February of 2003, I had an EMG by another doctor. He speculated that based on that, I might have EB-MD. But he said that the only way that I could confirm that is to get a muscle biopsy.

This is a moment that I will never forget: when the neuromuscular doctor told me that I had muscular dystrophy, I was in shock and I was devastated. Not so much by the pronouncement but more by what he said immediately after which, word for word, was: “Do as much as you can as soon as you can because pretty soon, you won’t be able to do much at all.” And this was a top neuromuscular doctor in Manhattan.

In March of 2003, I had a surgical muscle biopsy. That muscle biopsy showed some abnormality. The surgeon that did it and the doctor that prescribed it said that they thought that it would be beneficial to do a second muscle biopsy of my leg to get a better read on the fact that it might be muscular dystrophy. I refused.

In July of 2003, I had heard from a friend of a friend who’s a physician in Texas that there’s a doctor who has done research on EB-MD named Dr. Uitto and that’s when I read about Jefferson Medical. I got a skin biopsy from Dr. Uitto. From that skin biopsy, genetic testing was done and that confirmed, without any doubt, that it was EB-MD. 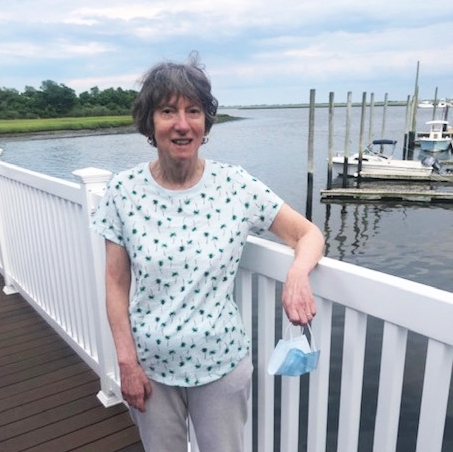 6. Looking back now, do you recall any symptoms of Muscular Dystrophy prior to your 40s?

Unfortunately, it continues to be a tremendous challenge to get medical care providers to fully understand and accept EB in a patient. For instance, when you go to a dentist, and you try to explain to them what they need to do so they don’t injure you. Or when you go to the gynecologist or when you need a mammogram. You can talk to the technician, but it seems to be up to the individual whether or not they are really going to pay attention and listen or whether they are going to robotically go about what they need to do. That continues to be a real challenge.

As for triumphs, I wouldn’t use the word “triumph” but I would say that now that I’m in my 60s, you start to become nostalgic and look back at what you’ve accomplished. I would say that I feel like I’ve had a pretty rewarding and full life as a wife, a mother, a mother-in-law, a friend and as a minor EB activist.

I say minor EB activist because the year after Dr. Uitto diagnosed me, a dermatology conference was held at Jefferson and he said, “Would you do me a favor?” And I said, “Yes for you, anything!” And he said, “Would you come back and lay on a table so that I can have a bunch of other dermatologists talk to you and look at your skin.” And I said, “Sure!”

The doctors were most curious about the EB-MD. At that time, my muscular dystrophy was very mild. That has progressed a lot in the past 10 years.

I’ve had to stop driving and working. The muscle weakness has progressed. Sadly, I will say at this point, that EB-MD is a diabolical combination. When I’m raising my arm, my arm may drop without notice and my hand might hit into a surface and cause injury to the skin. I’ve had a couple of falls and those of course are terrible to deal with because of the EB. So, it is a diabolical combination, I can’t really downplay that.

I’m very open about what I go through. I’m not worried about being perceived a certain way. So, anyone that may be struggling with this, I would feel free to commiserate with them and have them commiserate with me if that would be of any help.

8. As you know, you’re part of an extremely rare group of people living with EBS-MD. Have you met another person with the same condition?

A couple of years ago, I saw a post on social media by a wonderful young woman in England who was saying that she was diagnosed with EB-MD and I remember when I saw that, I started shaking. I was looking at my phone in the morning, just on social media scrolling, and I saw that post and I had to read it 2-3 times. I remember I showed it to my husband and my daughter and was like, “Is this for real? There is someone out there who is wanting to communicate about this illness.”

I think one thing about being older with the disease is that I have become a lot bolder. Even though I didn’t know her at all, I reached out to her and we became Facebook friends. I am still in touch with her on Facebook.

Our initial interaction was one where she picked my brain. She said at the time, “I’m recently married, do you have any children because I’m wondering if that’s doable.” And I was 100% open with her about my experience with pregnancy and childbirth and all that comes with that. I was really thrilled that I could be open and honest and give her some anecdotal evidence about what it was like doing that with our very rare illness.

9. What are your hobbies? Does your EB present any challenges in any of these?

I used to do yoga twice a week. I was quite good at it and I really enjoyed it. Part of my yoga practice was meditation. Now I’m doing almost no yoga, but I’m doing a lot of meditation for mindfulness. I find that it brings me tremendous comfort and relaxation.

During the pandemic, a lot of people I know are very stressed by what’s going on in the world. And I’ve said to them that mindfulness and meditation is a wonderful gift that you can give to yourself where you can just stop anytime, anywhere and basically reset your mind and body and come out in a better place than where you started.

The hobby that I miss most is swimming laps. You get, what I guess is like a “runner’s high”. When you are doing it for half an hour, you achieve a level of peace. I really miss that feeling. I can’t really achieve that anymore other than through meditation.

I have a wonderful physical therapist, so that’s great. I find once a week of physical therapy is best and then I can do some the stretches additionally on my own. I’ve been doing that for 4 years.

10. Do you use any assistive devices?

I use a shower chair and I have a transport chair that my husband will push me in when we need to go distances like to an appointment in a medical building where there is going to be a lot of walking. 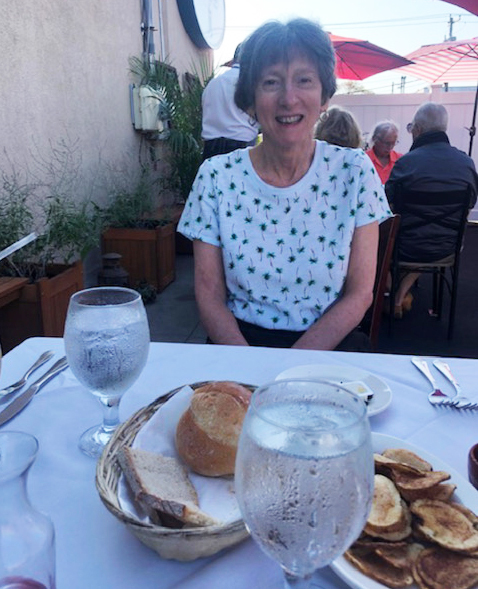 I thought a long time about how I wanted to say this. And like I said, I’ve reached a certain age where I’m not very shy about how I feel. I feel very strongly about this topic. I would say: Don’t allow yourself to be marginalized or misunderstood. Just don’t allow it. We matter and we’re deserving of love and we’re deserving of understanding and kindness and we’re not alone. It’s never just you against the world. We’re a community. Now we’re a very strong community.

13. Is there anything else that you would like to add?

Thank you, Jane, for sharing your story! You can connect with Jane by sending her a message.

If you would like to contribute to the EB Connect Spotlight series, please send a private message to Aigerim!

Not a member yet?
New Users